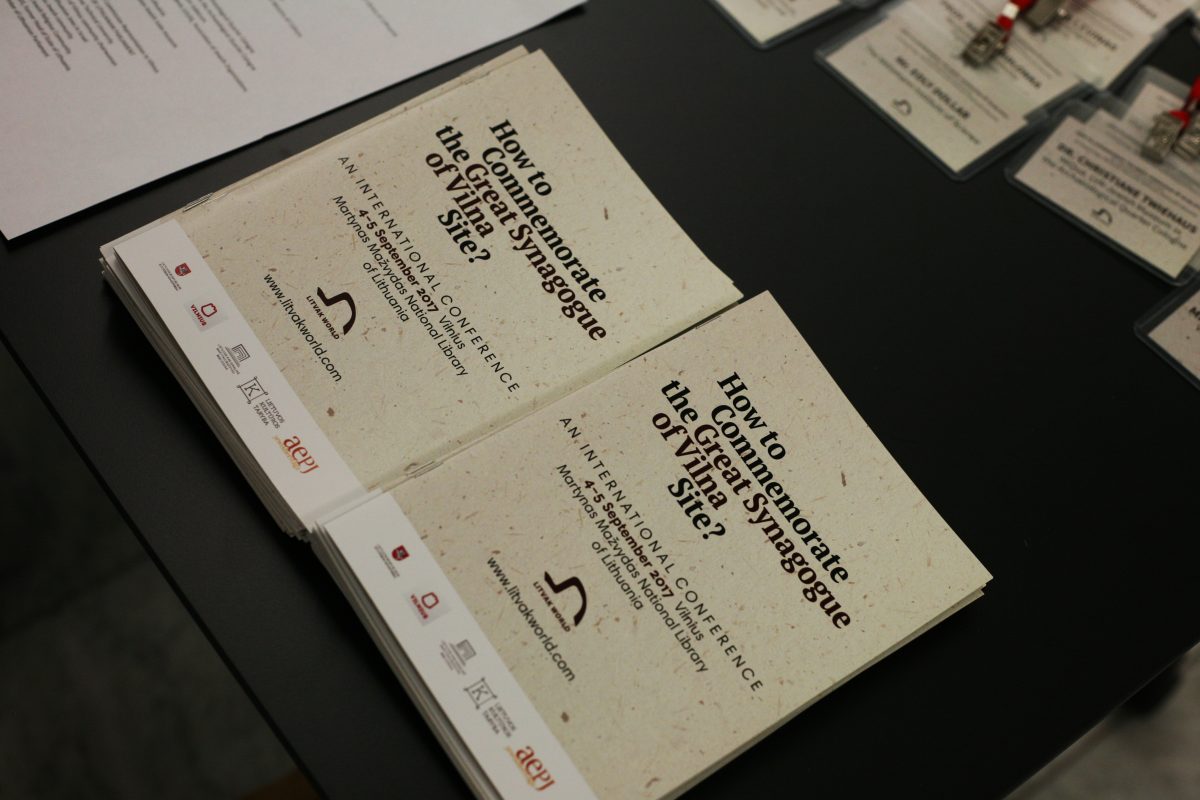 The Great Synagogue was built in the 1600s in Renaissance-Baroque style. It became the center of Jewish life in Vilnius (Vilna), towering over the Shulhoyf, a teeming complex of alleyways and other Jewish community buildings and institutions including twelve synagogues, ritual baths, the community council, kosher meat stalls, the Strashun library, and other structures and institutions.

It was ransacked and torched by the Nazis in World War II, and the post-war Soviet regime torn down the ruins and built a school on the site.

September 4-5, organized conference “How to commemorate the Great Synagogue of Vilna site?” brought together international experts who presented the history and architecture of the building, as well as the recent archaeology undertaken at the site that has unearthed the building’s foundations and two mikvehs, presented different experiences of commemoration.

Discussion was focused on what to do now with the site — a topic that has sparked depart for more than a quarter of a century.

The resolution of the conference: